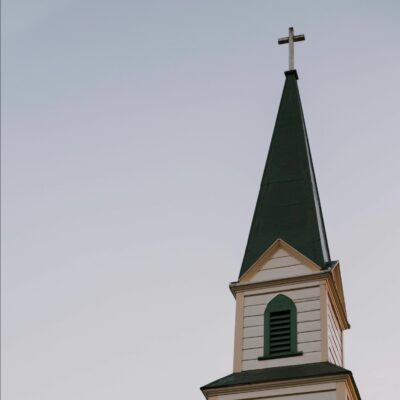 Pastors from a diversity of churches gather to network, build community, discuss missional topics, and learn from each other. 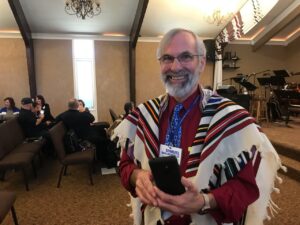 was born into a secular and imperfect Jewish home in New York City. His family had a firm Jewish identity emotionally: supporting Israel, having Passover Seders, and attending religious service on the High Holidays.

But the spiritual meaning was unclear, and in the maelstrom of the 1960’s and “The Times They are A-Changing” I felt the desperate need to seek for life’s meaning in the chaos. As a student I started preparing to explore the science of the brain for the secret of existence. Into that searching, a young person shared Messiah with me. I went to their service and sensed a supernatural “cloud of liquid love” as I then expressed it. Eventually I sought peace with G-d, and on April 13, 1969, I received the witness of the Spirit that my name was written in the Book of Life.

I left secular college and attended a Bible College where I met my wife. I’ve been in various ministries, and founded Or HaOlam in 1995 to communicate to Jewish people, and all Nations, covenantal identity in Messiah. 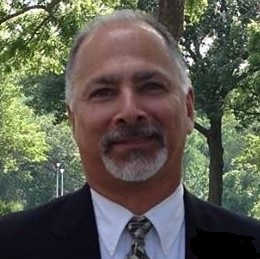 Pastor Dennis Solis
founded CrossPoint Community Church of the Nazarene, in the late 1990’s, in a first-ring suburb of South Kansas City. From it’s beginning, Pastor Solis has been casting God’s vision and leading CrossPoint on the journey toward becoming “a crossing point where diverse people unite to become devoted Christ followers”. Pastor Dennis is a clear voice for racial justice in Kansas City following Jesus’ greatest command in Matthew 22:37-40 to love God and to love your neighbor as yourself. Dennis’ passion in Christ has been to fulfill God’s vision of a Church devoted to racial justice and healing, and to see God’s people live in and celebrate the beauty of racial diversity. As a result, CrossPoint Community Church is an example of a truly diverse fellowship. For more than twenty years it has maintained its diversity as a witness of Christ’s love and God’s desire to see His church reflect the inclusive nature of the Christian faith. Leading by example, Pastor Solis has implemented community programs and established
collaborative events in Kansas City promoting the well-being of children, youth and families, as well as racial equity, through community engagement and support.Pastor Dennis has organized various community groups to advocate for justice and equality and has been a part of various city groups committed to community development. He earned his Master’s Degree from Nazarene Theological Seminary and has served as an Adjunct Professor of Urban Ministry and Community Collaboration and Development.
Dennis and his bride of over 40 years live in Prairie Village, Kansas, where he is the founder of S.T.A.N.D. Up for Black Lives+ Prairie Village, an organization committed to building racial diversity in a city established exclusively for whites. Dennis and Sherri have two adult children, a daughter-in-law and a son-in-law, and five grandchildren.
Pastor Dennis will be speaking on the topic of “How to help your congregation engage in racial healing and justice.”
+ Google Calendar+ iCal Export