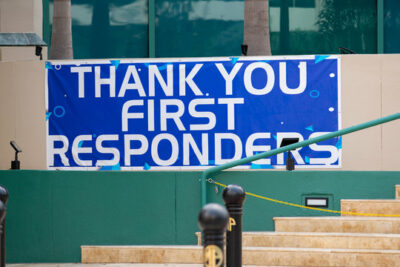 The KC First Responders Missional Network is a diverse citywide network of law enforcement officers, paramedics, EMT’s, firefighters and other emergency personnel who respond to disasters and critical situations. During this gathering there will be networking, building community, and a focus on connecting influence in emergency situations with God’s mission. 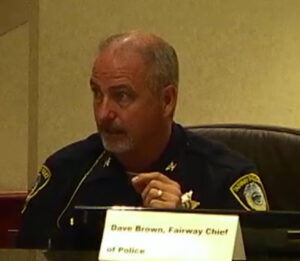 has attended Westside Family Church and have been a Christian for 20+ years. Here’s more about David Brown:

·         Master of Public Administration degree from the University of Kansas

·         Most importantly, married 30 years with 3 adult children, all of whom I am proud of and are successful in their own pursuits. 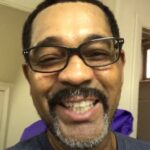 Travis Yeargans
retired after 23 years of service with the Kansas City, MO Fire department and now is the Lead Pastor of Rivers Edge Fellowship in Raytown, MO. 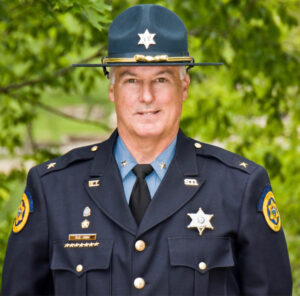 is sixty-eight (68) years old, was raised and has lived in Wyandotte County, Kansas

Sheriff Ash is a graduate from Washington High School, Class of 1971. He has an Associate of Arts Degree in Criminal Justice from Kansas City Kansas Community College, a Bachelor of Arts Degree in Management of Human Relations and a Masters Degree in Management and Organizational Leadership, both from Mid-America Nazarene University. Don began his law enforcement career as a Police Cadet for the Kansas City Kansas Police Department in February, 1972 and served continuously through December, 2006 when he took his pension. During his career Don served in Patrol, the tactical unit, Research & Development/Media Relations Officer, D.A.R.E/G.R.E.A.T. Program Coordinator and Supervisor, Community Policing Unit Commander, and Division Commander for Central, South, and West Patrols. He was and is an active member of the Fraternal Order of Police in both the Police Department and Sheriff’s Office. Don attended the 211th Session of the FBI National Academy Training Program where he obtained a number of post-graduate credit hours.City, Kansas his entire life. He is married to Traci and they have three sons, two grandsons, two granddaughters, and a very playful German Shepherd in their extended family. Don was elected Sheriff in 2009, was re-elected unopposed in 2013, and re-elected to a third term in 2017.

Sheriff Ash was a member for several years at High Point Baptist Church where he was ordained as a Deacon, and served in a number of leadership positions such as youth leader, finance committee chairman, song leader, and chairman of Deacons. Currently, the Ash’s are members at Maywood Community Church where Don continues to serve in various leadership positions such as worship leader, Elder and Adult Sunday School teacher.

Sheriff Ash has also served as a Board member for various community groups such as The Wyandotte County Sports Association, Veronica’s Voice Ministries, The Shepherd’s Center of Kansas City, Kansas, The Family Conservancy and The Advisory Board of the Wyandotte County YMCAs. He is currently serving on his third 4-year term on the Board of Trustees at Kansas City Kansas Community College. Don has also been a registered football and basketball official over the years with the Kansas State High School Activities Association, and has coached baseball, football, and basketball many years through the WYCO Sports Association. From 1990-2012, he coached basketball and football at Piper Middle School. Sheriff Ash has received numerous letters of recognition and commendations over his 49 years of continuous law enforcement service from the police department and various community groups. He attributes his success to having been fortunate to have good people that developed in him a strong moral, ethical, educational, and professional foundation.