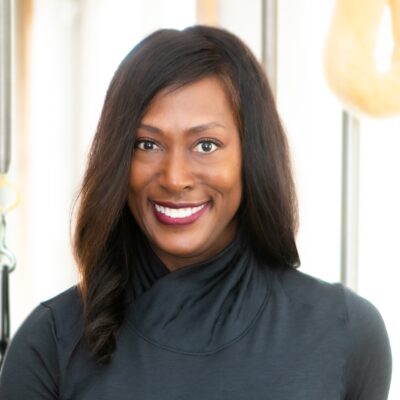 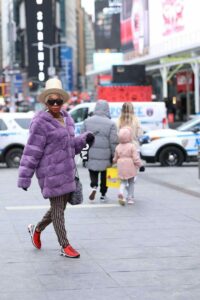 (age 31) began to dress herself at the age of five. She refused help
from anyone who tried to dress her, even her mother- who knew her daughter would be in the fashion industry at a very young age. Since childhood, Handy has always confidently walked with great stature regardless of what life threw her way. Little Nyla knew what she wanted to be when she grew older and didn’t allow anyone to stand in her way from achieving what she set her mind to. Today, Nyla Handy is a multifaceted woman. In 2012, she received her Bachelor of
Fine Arts in Fashion Design and Product Development from the prestigious women’s institute, Stephens College, Columbia, MO. Handy is not only a national award-winning fashion designer (Founder/Owner of NYLA Couture), but she also finds passion in fashioning the interior of women as a published author. Her brand has grown to empower women of all ages. Handy authentically impacts crowds through her love for creative arts, performing arts and language arts. 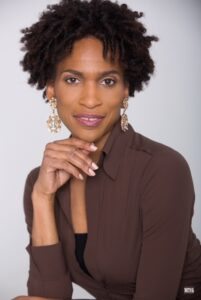 began her professional career with the Dance Theater of Harlem at thirteen years old. Her travels have spanned the globe to places like Hong Kong, Australia, South Africa, the former U.S.S.R. and South America. Her experience in the arts and entertainment has touched many areas. She made her Broadway debut featured in the Tony Award winning revue, BLACK AND BLUE.

The role of ‘Ghost of Christmas Future’ for the Madison Square Garden version of “A CHRISTMAS CAROL” was created on Theara. She performed in the epic Mile Long Opera, on the High Line, in New York City, with music by David Lang,
She has worked with artists that include Aretha Franklin, Liza Minelli, The O’Jay’s and Levert, Ntozake Shange and Ronald K. Brown. She has appeared on commercials and television specials.
Theara works in Arts Education programs with Alvin Ailey, Dance Theatre of Harlem, New Jersey Performing Arts Center and Mickey D. and Friends. Theara was sent to the island of Virgin Gorda, British Virgin Islands to set up the first dance program for the Alvin Ailey Foundation that included Liturgical Dance. Theara has helped to develop dance ministries throughout the country. She was
the head of the choreography team for the Urbana ’06 (Intervarsity Christian Fellowship) missions conference, at the Edward Jones Arena, in St. Louis, Missouri and facilitated the first Community Liturgical Dance workshop at New Jersey Performing Arts Center, Newark, NJ, “Embodying the Dream.” Theara facilitated a dance workshop at Duke Divinity School “African American
Theology &amp; The Arts Symposium: “A Time To Dance” and shared her work with poetry, music and dance at the Collegium for African Diaspora Dance, at Duke University sponsored by the African American Studies Department. She participated in a panel with Urban Bush Women for the 100 Years /100 Women Symposium: Culture in a Changing America at the Park Ave Armory.
Theara has written her first book, a poetry collection called, “From the Heart Of A Sistah.” The poems provide the script for her one-woman show with music. “From The Heart Of A Sistah” presented in the Genesis Festival for new playwrights at the Tony Award winning, Crossroads Theater in New Brunswick, NJ. “From The Heart Of A Sistah” was also presented, Off- Broadway at The Triad in New York.